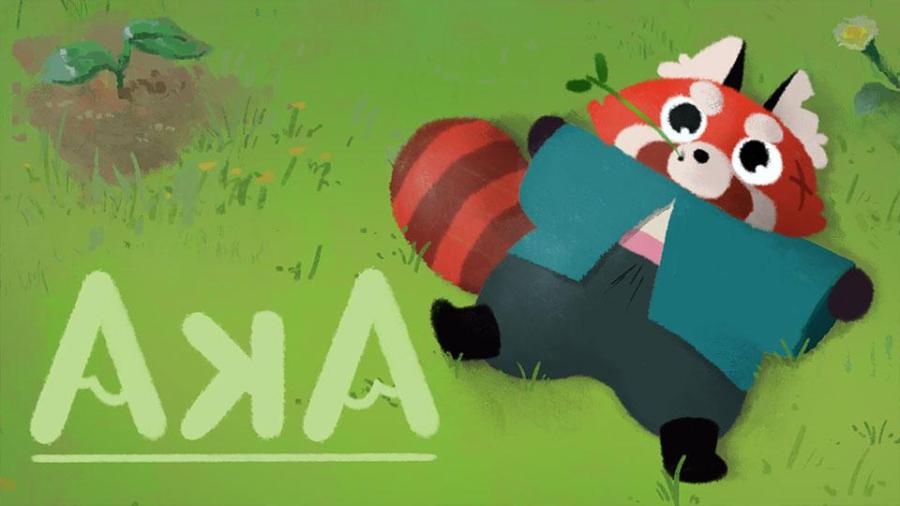 Gamescom has come and gone and I barely played any of the demos. That was until I read that NEOWIZ was going to show off their alpha playtest of Aka, I immediately jumped on my computer and downloaded an absolute shit ton of games. Become a red panda and leave the war behind for the peacefulness of an island farming adventure, because this week’s game is Aka.

Aka is an open-world adventure game from Cosmo Gatto and will be published by NEOWIZ. Aka is slated to release sometime in 2022 for the Nintendo Switch and PC, and that good old retail price is unknown.

There was a war and that war brought on a lot of death and destruction. Aka’s friend, who also survived the war, had given them a note of an island where they would retreat to to escape the aftermath of the war. After some time, Aka manages to find the note and travel to this “paradise.” As Aka arrives at the island, it is very apparent that it is no paradise, and is in need of repairs. Get to work and make this shit hole a real paradise through fetch quests and farming.

Aka introduces a few mechanics: Farming, construction, and crafting. Gardening is like farming in every video game, you dig a plot, fill it with a seedling, and then you after it until it grows big enough for the player to reap the rewards of all that hard work. Construction really only benefits the island. A quest is given to construct something nice for the island and you kinda just do it. The same goes for crafting. Grab the appropriate tool to harvest the resources, harvest it and either sell it or use it to craft bigger and better things for the island.

Aka doesn’t move in the traditional fashion with WASD, they are controlled with the mouse. Click in the spot where you want Aka to move and they will go to that exact spot. It feels kinda awkward when WASD is just the most traditional form of movement, but I eventually got the hang of it.

The sound? I remember the really good main menu music but Aka really doesn’t have much going on this early on. There is a nice subtle tune that plays that eases the player’s mind while they garden, but that is mostly it.

I love Aka. It is really early on though and it is quite rough around the edges, as to be expected. Aka can sometimes need to take ladders, other times they can just fall right off of them. Movement is a little wonky because Aka wants to go wherever you click with the mouse and sometimes that requires more than one click to get into the correct spot to garden, talk with vendors, and even climb ladders.

Overall the game is fun and it is living up to my expectations, and I am really glad that it is. I cannot wait to play the full game whenever it releases.

One thought on “Gamescom – Aka Playtest”