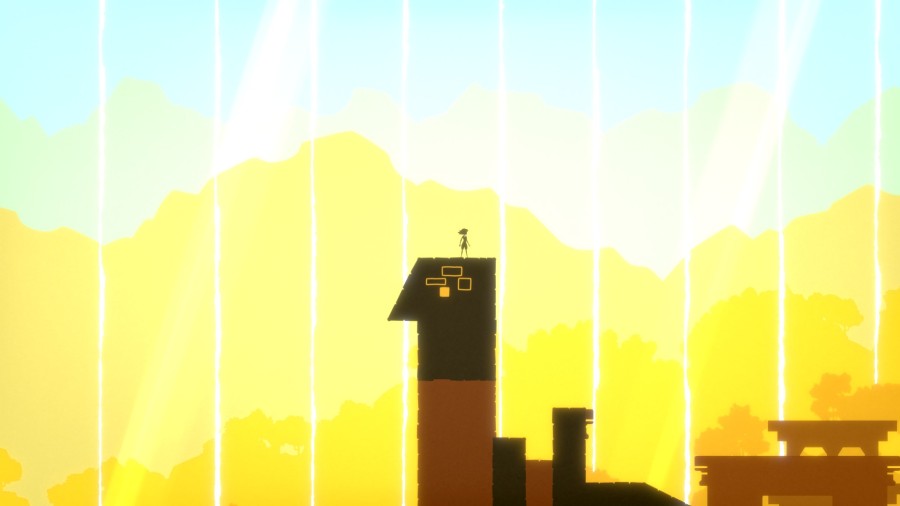 After I spent a lot of time going back to my job, I wanted to just hangout and play a game that I knew that I would love, because I secretly love precision platform, time trial games. I love how they mix this perfect sense of exhilaration with fast paced, rewarding game play. This week I wonder why this indie platformer transforms itself into a fucking puzzle game. This week I talk about The King’s Bird!

The King’s Bird is a precision platformer developed by Serentity Forge and published by Grafitti Games. The game costs, what seems now to be ridiculous, a cool $20, is on every platform (even the Switch) and released August 2018.

In The King’s Bird, you jump, run, climb and fly your way around a plethora of levels packed into four major kingdoms: Sky, Jungle, Lake and Fallen. The gameplay is tight, as it should be, the introduction of the key mechanic of gliding to set itself apart from most other precision platformers. Gliding takes full effect when the protagonist falls from a certain height and she will open her arms and you will have a short amount of time to connect to a reachable service and continue through the level. The aim of each and every level in The King’s Bird is to reach the end, that is it. Each level has an amount of tokens to collect to allow you passage into the next subsection of levels along with a timer to see how shitty you did along side the rest of the planet. In the beginning of the game there is room for error but towards the later half the game, the game tests your mastery of the core mechanics of the game.

The King’s Bird is gorgeous. The minimalist art style makes the world absolutely beautiful. There is not much that fills the screen, only silhouettes of crumbling civilizations fill the background.

The music is also very good. It’s a good mix of soft and intense that fuels the mayhem of traversing the harsh levels.

The King’s Bird was a phenomenal game in the beginning, but it lost everything that made it fun when the second half of the game ramped up the difficulty. It was soooo fucking fun dashing through corridors, ramping up speed to exit out of a tunnel that launched me so high for me to glide to the end of the level.

One thought on “Half-Baked – The King’s Bird”