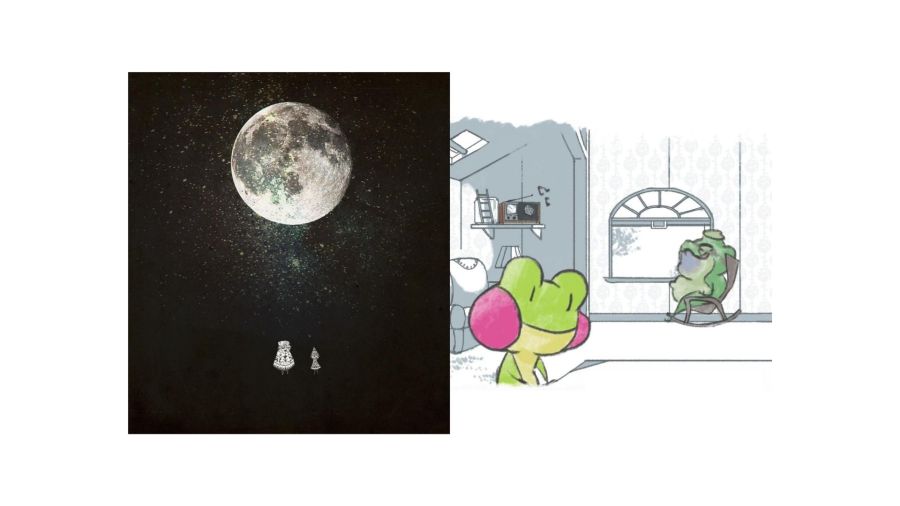 A lot of the time I decided to play those good old Indie games that are topping the charts on Steam, Epic Game Store, Uplay ETC. but I decided that once and a while I will dedicate my time to the NITTY GRITTY, unbenounced to me, forms of game development. Sitting in a classroom, doing the work that it takes to graduate and eventually to become a top tier GAME CREATOR. I’m PUMPED and you should be too because this week I feel stupid attempting to discern what ancient stories are being told to me and see what real dedication is and means (unlike this blog). Let us talk about Kingdom Ka and Un Pas Fragile!

Kingdom Ka, is an abstract interactive game developed and published by CarrotCake, released January 2018. On Itch.io, the retail price is $4.

You are an arm-less protagonist who is at the end of their journey and have arrived at the Kingdom of Ka. You split from your companion to journey off and venture forth to explore each region that surrounds Ka. In each region, you will meet very quirky characters that have their own struggles that they feel that you need to know about. Three different characters with their own perspectives on a giant idol and a dying man whose only questions were that of blame are only a few examples of stories that exist within Kingdom Ka. As the adventure continues characters reward you with petals for listening to their stories and those petals allow our protagonist to pass through the gates to Ka.

The beginning of the game starts off with you being subjected to questions by the game that attempts to question what makes you as real being. I was a little creeped out and eventually I entered existential crisis that lasted for a few hours.

I honestly have no idea what the overarching theme of this game is and I feel pretty stupid. I really want to say that the theme of the story is understanding individuality and perception. Each region tells a story that is independent from each other so I don’t think there is any kind of bond that connects between each area.

The original music was super good. It was soft and it fit the mood of the game very well.

For $4 this game is a steal. The beginning interrogation from the game asking me existential question was creepy but at the end of the game I was left with a feeling of joy and understanding. The amount of content in this game was well worth the four bones.

The next game, Un Pas Fragile, is an interactive adventure game developed by the Un Pas Fragile Team and published by Opal Games. The game released June 2019 on Itch.io and is a whopping $3.

The ten-minute game follows the story of Camille the frog who wants to become a ballet dancer. Waking up, eating breakfast, not wanting to go to school and ballet practice are the day-to-day that Camille and the player have to grapple with, but when it comes to the end result; it was all worth it.

Un Pas Fragile is super charming with its hand-drawn animations.

There are not any REAL controls, moving the mouse is the only actual control the player takes. Choosing a seat on the bus for Camille, performing jetès and exercises require the player to follow with their mouse a dotted line.

The soundtrack is also quite good. It amplifies certain scenes, like when Camille is afraid of performing.

For being a ten-minute game, Un Pas Fragile is an entertaining piece of art; I can see why it won an award for best student game in 2017. It is a relatable experience, minus ballet. Perseverance is important in mastering an art. You will be disappointed in yourself constantly but the end result when pushing through and sticking with it, will be worth it 100% and UN Pas Fragile perfectly expresses this.

It’s a super cute game that only requires pocket change to obtain. I really like this game. Its charm, theme and hand drawn animations are all really damn good selling points for $3.