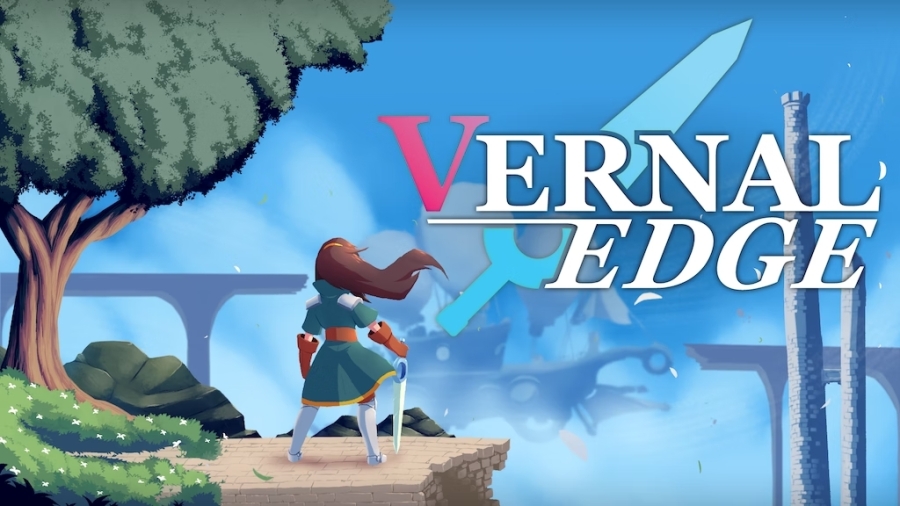 I just started playing the Last of Us Part 2 this week and I have been having a blast. I forgot how much build-up it took before Ellie’s part of the story began. Anyway, I played Vernal Edge this week. A snarky little girl attempts to find her dad and stop, what I think, is the end of the world.

Let us play another METROIDVANIA demo

Vernal Edge is a Metroidvania from Hello Penguin Team LLC and will be published by PID Games. The game will release for the PC… SOMETIME (release date: Coming soon).

Sometime after the world has gone to shit and begun to float into the sky, the player takes the role of a young girl named Vernal, fueled by vengeance, looking for her father to uncover the truth of the world and herself. As she travels from floating island to island she picks up quirky friends and they travel together on a stolen pirate ship to find her father, search for treasure, and kill creepy-looking bad guys.

Another one of those standard Metroidvania rants. The best part about the game is that Vernal Edge’s demo gives you the ability to go fast on the fucking rip. Backtracking is a large part of the game. One of the major floating islands is an arboretum where the plants have overtaken the entire island. There is a key somewhere and you have to find it to unlock another door to acquire a power-up that will allow you to access a new area in a different area of the map.

Lots of platforming in this video game. I was having a hard time getting my Steam controller to operate properly, so I ended up giving up and attempted to navigate the game with the really wonky keyboard controls. Platforming is a huge factor, getting to collectibles and upgrades requires honed platforming skills. Even in the arboretum, there are rooms that have thorns all over the walls and it requires some skill to get through. Getting through levels solely dedicated to platforming is always so rewarding.

Combat is where the game shines, honestly. Vernal has a health bar and so do the bad guys. Vernal can block and even parry. Bad guys have a number of blue orbs above their heads indicating how many times they can be parried to then be stunned. Stunned enemies will not attack for a small amount of time, so it lets the player beat up the bad guys without any issues. Combat is actually really fun because the game gives the player the ability to dash super early. Vernal, I think, has the ability to do magic because she has a series of button presses to activate a magic attack to damage enemies. The demo allows the player to map at least one magic attack in the menu. Magic adds a lot of depth to the combat, even in the demo. There were moments when combo-ing with magic makes situations lethal from the beginning.

You have your obligatory bad guys in Vernal Edge: Small, easy baddy, flying baddy, self-destructing baddy, and huge baddy that hits really hard. Vernal has a lot of health but she can still only be hit a few times before the game over screen appears. Enemies all have attacks that are incredibly readable. It only took me a few hits to be able to understand each attack of each type of enemy.

Vernal Edge is a crisp-looking video game. Even when you are moving at supersonic speeds with the dash ability the game looks really good. The arboretum is something of true wonder. The backdrops look really clean. It adds so much to a game when everything looks so beautiful.

The music has that old Ps1 and Nintendo RPG feeling to it. It’s nice, I like it.

Vernal Edge’s demo is something nice. The ability to dash early makes combat and traversal exceptional. The characters that are introduced are interesting and funny, and the game looks. The demo was around an hour long for me and I had a blast with it even with the janky keyboard controls.