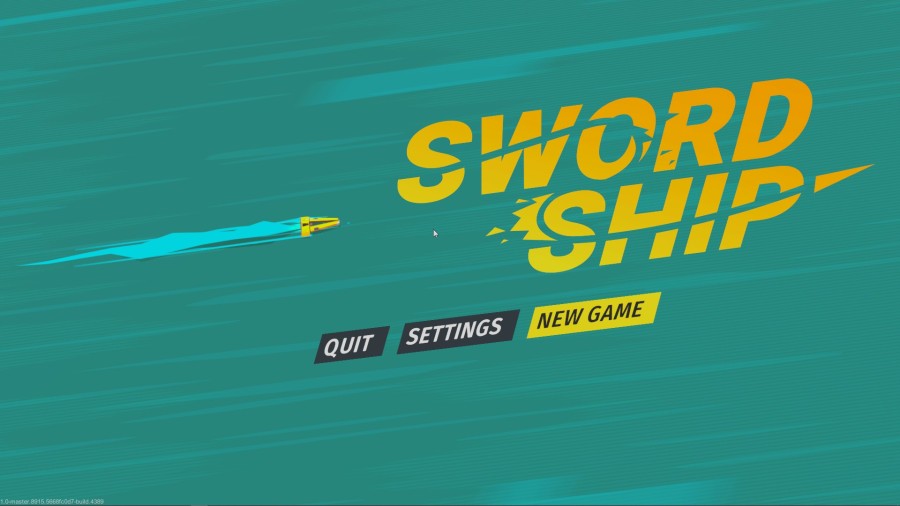 It is Wednesday and I have done nothing but play Realm of the Mad God. I took a breather and played this week’s demo. I really trying to go out of my way to play genres that I don’t play (except RPGs) to really get a feel for what that genre has to offer. This week is a sweet dodge ’em up that mixes up the genre of arcade shooters; this week is Swordship.

Swordship is an action roguelike arcade shooter from Digital Kingdom. The game is going to be published by Thunderful Games and will release in December for all platforms.

Due to the climate crisis, the world has flooded and humans have retreated to domes underwater to escape the burning sun. As the population numbers rose, people were punished to wander the flooded world. Trading is done through the use of high-speed boats.

So do you, to steal the goods.

The gameplay is all about dodging and stealing goods from transport boats. Levels start with dropping your boat into the water while transport boats are en route. Various security boats and turrets try to stop you from your goal but you are smarter than they are.

You are weaponless and so the goal is to use the enemy’s weapons against them. Turrets take time to shoot but when they do there is a line of sight right before they shoot. In that moment, there is a chance to align the shot with another enemy so that they take the shot and not you.

There is a briefing when the level starts about how many transports drops there are going to be in the said mission which will reward you at the end of the round with a choice: either give people the goods or use them for yourself. Giving them away rewards more points and keeping them allows you to upgrade your boat.

There are other enemies like mine bots that essentially do the same thing, but as a whole, Swordships gameplay revolves around using smarts as a way to gain points and collect goods being transported.

The game has a dope soundtrack that goes really well with how fast-paced the gameplay is.

The game looks cell shaded but I don’t really know if it is cell shaded or not. I really like how minimalistic Swordship looks.

I only recorded about ten minutes of me playing this game but I have been playing it for a good amount of time. It is one of those games that you can just pick up and play a round while the fucking queues In Overwatch 2 take forever to find a game. Get it, get out, and get rewarded. The rouge lite aspects are fine. I usually take the extra life because I am absolute trash at games that require quick reflexes and that extra life is always worth the transport point.

Swordship has a pretty simple concept but the way that the demo shows the complexity of such a simple gameplay element really has me excited for when the game releases in a few months.